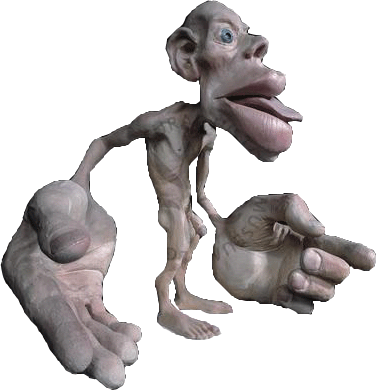 A question parents often ask me is how many hours of television a young child can safely watch, especially if the programmes they watch are educational. There is a related question around the use of iPhone applications and the computer for young children.

When thinking about the subject of television, the iPhone or the computer for young children, especially children under 3, I find it helpful to reflect on how children grow in the first years of life.

Babies have a deep attachment to the real world around them.

Think of your baby as a scientist or explorer, eager to learn everything they can about the world around them. Imagine moving to live in a foreign country, a country you have never been to, one that is so different from what you know. I think of a country like Japan, a beautiful country, extraordinarily different from the West. It is such a surprise, the first time one visits!

Imagine that you are lucky enough to have a wonderful Japanese friend there, who shows you around and helps you settle in. They are so good to you. Naturally, you wish to become independent as soon as possible, so you try to find out how to move about in this marvellous country, how to buy food, how to speak with people. You are very interested in how things work in this country, because you are now living there. Things are unfamiliar at first, but gradually you learn more, and the more you learn, the more comfortable you feel, the happier you feel, the more at home you feel.

Babies are like this too. They are deeply interested in how things work in our world because they want to feel comfortable in it, happy in it, feel at home in it. You will have noticed how fascinated your baby can be by such simple things as how a gladioli is different from a rose, by the different shade of light coming through the blinds, by cracks in the pavement, by the feel of a cardigan.

We can say that the first great gift Life gives babies is a love for reality. They love real things, the things they can touch, smell, see, hear, taste. Robert Louis Stevenson, who knew something about children, puts it in a lovely way:

The world is so full of a number of things

I’m sure we should all be as happy as kings

Intelligence can only be built by real experiences

There is a saying that one cannot explain the taste of honey to someone who has not tasted it. In other words there is no substitute for real experience. One can see a picture of a giraffe – and of course books are a beautiful part of our culture – but no picture quite prepares one for the beauty and grace of this long-necked animal which one can experience if not in the Savannah, in a trip to the zoo. Or think of a cat. What film can capture that utter relaxation of the cat, the way it stretches and yawns, or its rumbling purr as it rubs against your leg? It is these seemingly simple but real experiences that build the intelligence of our thinking minds.

Montessori had a wonderful phrase, she said something like ‘never give to the mind more than you give to the hand’. She anticipated by half a century the great work of the Canadian neuroscientist Wilder Penfield. This eminent scientist, director of the world-renowned Montreal Neurological Institute, coined the term ‘Motor Homunculus’ to describe an amazing representation of the human mind. It is an image of a man (see picture alongside), but with the size of each body part in proportion to the amount of brain power behind it. What does this mean? Basically, the greater the brain power involved in controlling its movement, the bigger that body part of the Homunculus. What grabs your attention? It is the great lips and those enormous, enormous hands. The lips that help us communicate our thoughts, and the hands that help us make a contribution.

Language can only be learnt from real people

Research tells us that babies can learn a language only through a real, live human being. Studies have shown that no amount of exposure to an electronic device of any kind can help babies learn a language: they absolutely need a real human being whom they can interact with. Similarly, giving babies opportunities to use their hands in ever more active and sophisticated ways is one of the best things we can do to support their development. Babies who have this kind of active relationship with their world are more likely to grow to be adults who have an active relationship with their world, people who feel that they have a contribution to make, who believe in themselves.

The problems with TV

I must confess that I love watching television and videos on the Internet. I use an Apple powerbook, and have all kinds of applications loaded on my iPhone. I tend to watch about four hours of television a week, usually DVDs. I routinely watch videos online, for instance on BBC iPlayer. Video is such a wonderful way of communicating information. So the problem isn’t with technology as such, because technology is one of the wonderful things our human minds have created, for all of us to enjoy and benefit from. But as with everything else, things must be used appropriately and in moderation. A good thing used wrongly becomes a bad thing.

The main problem with television, other than its lack of real experience, is that the pace of life on a TV is extremely fast. Images move across the screen very quickly, and the light is always flickering. These are exactly the conditions required for hypnosis! Children find this very mysterious, because it is completely unlike any other aspect of reality, and they try to understand it. Remember that children are single-mindedly focused on understanding their reality in the first years of life. They cannot help it. This is why children are so fascinated by television. They are drawn to trying to understand what is going on in there. They do not realise, as we do, that television is not reality, it is just flickering light. Reality is the stars in the sky, the beautiful colours of autumn, the smell of old leather.

Does a small amount of TV really matter?

No doubt you are offering all these real experiences to your child. And one would think, can a little bit of TV (on top of all these wonderful real life experiences) be bad for a child? I have a strong position about this I’m afraid. I am convinced that television for children under 3 has no benefit to the child. And it is not a question of what programme it is. I strongly believe there is no such thing as an educational programme for children under 3. The medium is the issue, not the content.

This is not as far-fetched as it sounds: children are born with incredibly elastic brains and that is the only way they are able to absorb so quickly how to walk, how to speak, how to be a human being of their time and space. Think of how a 6 year old in Dublin is totally different from a 6 year old in Madrid. Their brains are so flexible in the first years of life, and television can have a physical impact on their flexible brains.

For instance television gives children a sense that reality is a lot faster than it really is. Everything on TV happens so fast. If things happened slowly on TV, like real life, it would be so boring, nobody would watch it! One unfortunate consequence of the fast pace of television is that children get impatient with reality. They can have difficulty fixing their attention on things as they grow up.

What the research says

I should say that the scientific research on this issue is mixed – the two biggest studies conducted (both published in the prestigious academic journal Paediatrics: 2004 and 2009) so far suggest television watching is harmful, but I don’t think the studies were clear enough about whether television watching caused the damage or whether it was just coincidental that children who watched TV also had limited attention spans. The fact is that there is a correlation between the two.

When I read the original research, I also found that these studies on television and its impact on children do not follow the children after the age of 3 or 4, which is when one would expect the impact to show up.

What I find especially interesting is that no one suggests television is good for children under three, they only say ‘we haven’t yet proven it is harmful’. It is like junk food: the junk food companies are eager to show how healthy their food can be. Who believes that argument? Now I don’t believe we should be fascists about McDonalds. I enjoy a Big Mac from time to time myself. But I would in no circumstances suggest that you wean a baby off breastmilk using a Big Mac. I would say: wait until they are older! It is exactly the same with television: I say, wait until they are older!

I was pleasantly surprised to learn that the American Academy of Paediatricians recommends ZERO television for children under age 2 – despite there being such strong lobbying groups in the US, where commercialism and marketing is a big part of the culture. It shows that they understand the great sensitivity of these early years.

Don’t start it, then you won’t have to stop it

If you have not started your baby on TV yet, don’t! It is much harder to stop something than not to start it.

And if you have started it, limit it as much as you can. Cut whatever time they spend on TV in half. Choose programmes that are very slow, as slow as reality. And offer new activities that will speak to your child’s innate love of reality and to their desire to grow in capability and confidence. Google around – you will find there are others trying to do the same thing, and you may come across ideas that speak to your particular situation.

This is a strong message, I know, and – as always – I invite you to take what you like and leave the rest.